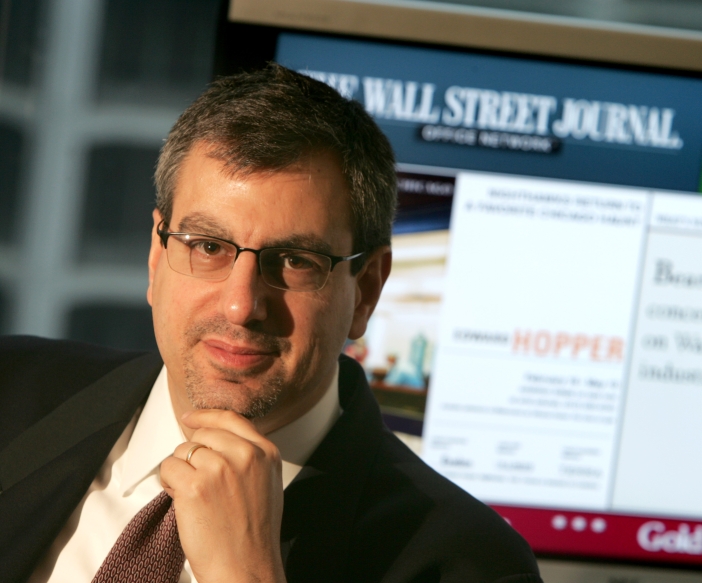 Jim Harris has a 30-year track record of achievement as a business strategist, marketer and entrepreneur — recently as president of Unanimous AI, and founder and CEO of The Wall Street Journal Office Network. In addition to having started companies in the business services and technology arenas, Mr. Harris has served as an executive or strategic advisor to leading enterprises including: Google, The National Football League, Hyatt Hotels, Gillette, Citibank, Miller Brewing Company, Molson Breweries USA, Audible, Sony Interactive, and Activision. He also served as a senior advisor to Pritzker Group Private Capital.

Jim graduated from the University of Michigan with a B.A. (High Honors) in History, and from Northwestern University’s Kellogg School of Management with a Masters in Management.

Jim’s views have been featured widely in the media, including The Wall Street Journal, CNN, New York Magazine, USA Today, Brandweek, and ESPN: The Magazine. He has also served as a lecturer in Integrated Marketing at Northwestern University’s Medill School, and as advertising columnist for Sports Business Journal.  “After Midnight,” a song he produced for Eric Clapton and Michelob beer in 1987, was nominated for a Grammy award.  He served as an advisor to the social media analytics firm Networked Insights.

Jim can be followed on Twitter @JHH1 and LinkedIn at http://linkd.in/1p7TaCk